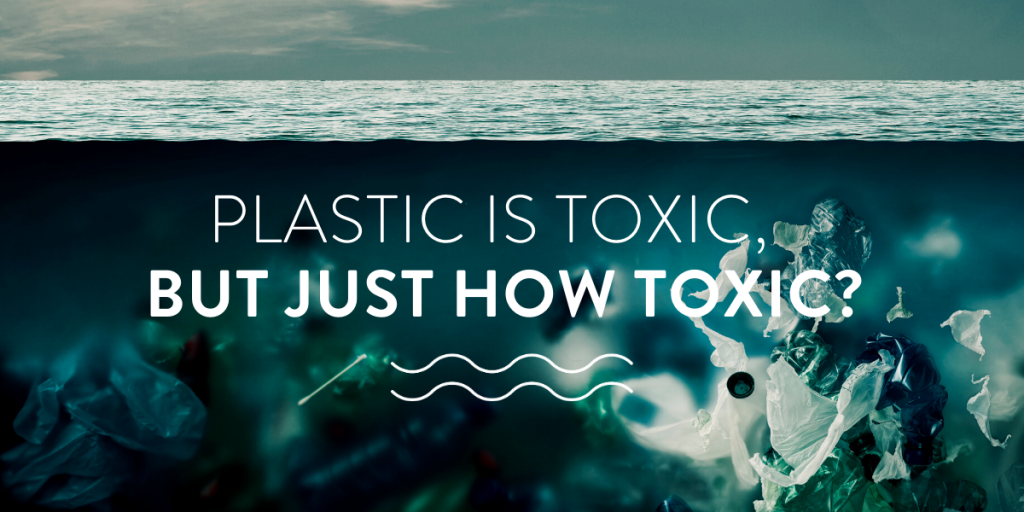 Plastic is everywhere, including our bodies

Plastic is a worldwide problem of massive proportions. Basically plastic is toxic in every sense of the word. You only have to see the beaches choked in plastic around the world and the extensive amounts people use every day to realise it’s a big issue. If one thing is clear by now it is that plastic poses a huge threat on marine life.

What does plastic pollution mean for people?

There is mounting evidence to show that plastic is causing a host of health issues in humans. We are eating, drinking and breathing plastic every day. What makes plastic particularly dangerous is that it has now infiltrated our environment to an extent that it’s almost impossible to avoid. It’s found in the air we breathe, tap water, salt, fruit, vegetables, fish, dairy, meat … the list goes on. On top of that the flow of plastic into our environment is not slowing down.

Effectively a compound is considered toxic if in sufficient doses it can cause permanent damage to the body. In a study published in the journal Environmental Science and Technology 74% of 34 plastic products they tested were toxic in some way.

What makes plastic tricky is that it comes in a huge variety of forms. There are hundreds of different types of plastics and on top of that they are treated in different ways.

In most cases it’s not the monomer itself which is dangerous, but how the plastic has been treated such as solvents, initiators and catalysts. Shockingly, of the 40,000 plus chemicals used in consumer products in the US, less than 1% have been rigorously tested for human safety (according to the Environmental Protection Agency).

When talking about the toxicity of plastic it’s important to note two categories: chemicals leaching out of the plastic and chemical adsorption from the environment. Not only are many plastics laden with chemicals which can be toxic to the body, but many have structures which attract heavy metals and pesticides to ‘stick’ to them.

Let’s have a look at the three of the most alarming chemicals found in plastic in a bit more detail – BPA, Phthalates and Chlorine.

One of the most famous toxic chemicals in plastics is BPA, or Bisphenol-A. BPA mimics the hormone estrogen and disrupts our bodies hormone functions. They can be found in many of the plastics we use in everyday life.

In 2003, 2,517 people were tested in the Centers for Disease Control and Prevention and 93% had detectable levels of BPA in their urine.

The FDA banned the use of BPA in baby bottles in 2012 but it’s still found in many products to this day. BPA has been linked to metabolic disease, obesity, infertility, and disorders like ADHD in humans and prostate and breast cancer, as well as brain development problems in animals.

With the many negative affects of BPA coming to light a host of alternatives came to the market. However, there are now studies to show that these can have the same hormone-disrupting effects as BPA!

Phthalates are plastic softeners which disrupt the endocrine system affecting our hormones. They can alter the development of reproductive organs, lower sperm count in males and have been identified as “a prime example of chemicals of emerging concern to brain development.” by Project TENDR (Targeting Environmental Neuro-Developmental Risks).

Phthalates have been banned from cosmetics in the European Union and some childrens toys in the US, but they are still found in 99% of people’s urine. They are found in a wide range of plastics today.

PVC, or Polyvinyl chloride commonly known as ‘vinyl’ is one of the most toxic plastics. While BPA and Phthalates are compounds, PVC is a type of plastic. What do CFC’s, Agent Orange, DDT pesticides and PVC have in common – chlorine-based toxins. These chlorine-based compounds are linked to severe and wide-spread health problems, including infertility, immune system damage, impaired childhood development, hormone disruption, cancer and many other harmful effects.

These are just three types of plastics to be aware of. On top of that you can read about PFA’s, flame retardants, lead compounds and more. Not to mention the pesticides and heavy metals which bind to plastics from the environment. The more reading you do the more alarming the whole situation becomes.

How to reduce your plastic intake

By now we can see that plastic is not something we want in our bodies. What can we do to prevent the build-up of microplastics in our bodies?

Some plastic is completely invisible to the naked eye so we won’t even know we are consuming or ingesting it. However, there are a few things we can do to minimise our intake on a daily basis:

Plastic bottles of water are particularly concerning given its very nature. A person who drinks only bottled water consumes 130,000 plastic particles per year compared with 4,000 from tap water.

Read: Why should you care about microplastics

2. Reduce your intake of fish & seafood

Not only is discarded fishing gear the biggest source of plastic in the ocean, but it’s unclear what impact consuming plastic via fish and seafood is having on the human body! We do know that plastic can have a negative impact on fish and seafood species, so it’s probably not doing us any favours.

Most chewing gum on the market contains plastic. So not only will it stick around long after you’re finished with it, but you are basically directly chewing plastic. There are natural alternatives out there!

Heating plastic containers releases more microplastics into the food or liquid contained within them. This has recently been discussed in relation to babies bottles, where research showed that the number of plastic particles found in the milk was linked to temperature.

Toxins from plastic used to store consumables have also been seen to leach into the food or drink it contains, with heat increasing the levels found. It is best to store food and drink in non plastic containers wherever possible and never use plastic in the microwave (even when it says it’s microwave safe).

Doing so helps remove the tiny plastic particles and chemicals found in dust that we can’t see, but that we could be breathing in regularly.

It isn’t all doom and gloom, promise! More people are realising the extent of the plastic problem and doing something about it on a daily basis. We hope that these 5 tips help you progress with your plastic detox, but please let us know if you have any questions.

Check out our Get Involved page if you want to help us clean up some of the plastic in our environment. Also let us know if you have any other tips for avoiding toxic plastic …

The guardian – every day items & toxins