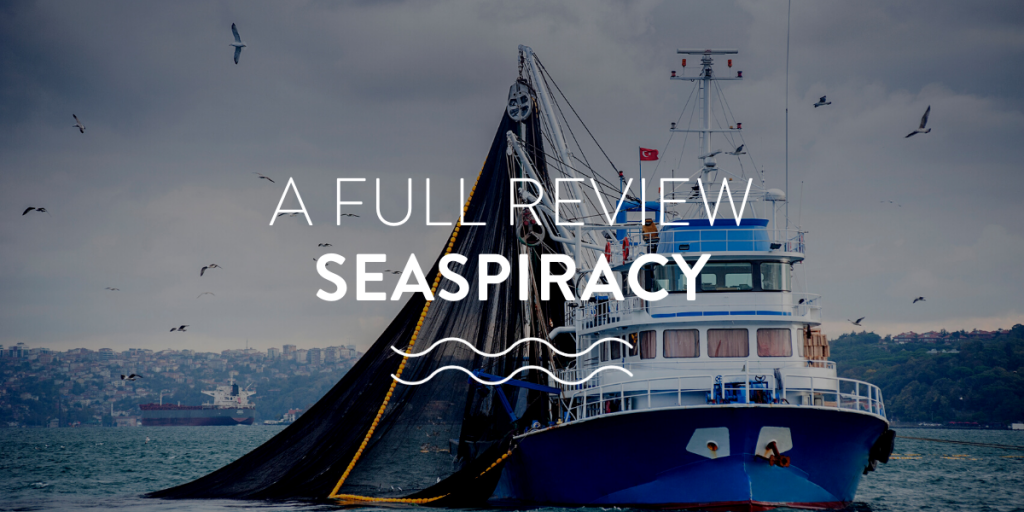 The documentary everyone is talking about! Seaspiracy has shaken the world with people giving up seafood and standing up for our oceans like we have never seen before. People who never cared about our oceans, or knew the struggles it faced are suddenly standing up for our blue planet. So how come the marine science community is against this film?

Here we are reviewing how the film has excelled and the many ways in which it was disappointing and even harmful.

Seaspiracy is an amazing example of great storytelling. They set out to produce a compelling and emotional story highlighting the fishing industry as damaging our oceans and convincing people to give up on fish. I think we can safely say that they did a great job with that aim.

They have introduced the general public to many ocean issues such as: the live dolphin trade, bycatch, ghost nets, trawling, shrimps impact on mangroves, fish sensitivity and intelligence, slave labour and the oceans importance as a carbon sink and oxygen source. The emotive footage and rich storytelling has had a large impact on people. This is a huge achievement and will have undoubtedly a big impact on our oceans.

However, the documentary is filled with scientific inaccuracies, unethical filmmaking and racial undertones. Seaspiracy paints sustainable fishing as a conspiracy and claims that it doesn’t exist. This not completely true, nor is it possible to suggest that fishing stops altogether.

Is giving up fish the answer?

While industrial fishing has a huge impact on our oceans and many of us can give up seafood to help it’s very important to recognise that billions of people rely on seafood and livelihoods in the fishing industry with few alternatives available to them.

Sustainable fishing is difficult to monitor and trace, but it would be more damaging to give up on the progress we have made to find better ways to fish. Currently 34.2% fisheries are overfished comprising 22.7% of seafood which is high and rising, but not the majority portrayed in the film. Also, 90% of people who fish for their livelihood do so in small scale fisheries.

These scientific facts are important. If we can we should stop eating fish, but we need to recognise that not everyone will or can. So it’s important to still support labels like Dolphin Friendly and MSC who try to ensure industrial fisheries adhere to sustainable practises. Just think how much worse it would be without them!

The film had in mind a framework and a story it wanted to tell and sadly it has cherry picked misleading quotes from experts and organisations in order to create a conspiracy feel and generate fear and anger.

Undermining the good work done and people’s trust in science

Some organisations doing amazing work have now been targets for hate while their great work falls in the shadows.

David Phillips, the director of the International Marine Mammal Project, said the film had chosen to “grossly distort and mischaracterise” the aims of the label. In a statement, Phillips said: “The Dolphin Safe tuna programme is responsible for the largest decline in dolphin deaths by tuna fishing vessels in history. Dolphin-kill levels have been reduced by more than 95%, preventing the indiscriminate slaughter of more than 100,000 dolphins every year.”. Phillips said Seaspiracy did a disservice to organisations doing “critical work to protect oceans and marine life”.

The same can be said for how the documentary has portrayed the MSC, the Plastic Pollution Coalition and Oceana.

The fight is against all plastic pollution – from fishing gear to straws.

As a plastic pollution charity we found that their take on plastic will actually have a negative impact on the oceans and the world. In their effort to focus their energy on just one enemy Seaspiracy took the stance that fishing was the biggest contributor to plastic pollution. Their statistic that 46% of plastic is fishing related is from the Pacific Garbage Patch and not the entire ocean. It is high and important, but encouraging people to ditch the plastic straw and say no to plastic bags is still very important work.

While plastic straws only account, as the film says, for 0.03% of plastic in the ocean they represent one item amongst the many in our lives which we can choose to say no to. The straw represents the power of the consumer and is a good place for people to start! Our whole message here at Ocean Mimic is ‘it all starts with you’ – our small actions multiplied make a big impact. You can give up seafood AND switch to a bamboo toothbrush. Both are important and they have a common aim – healthy and thriving oceans. You don’t have to choose one or the other. Any steps towards a more sustainable life should be celebrated!

Lack of representation in Seaspiracy!

We are by no means perfect here, but it’s a vital point to make. The film featured minimal BIPOC faces and has white saviour undertones. Seaspiracy featured around 96% white faces. There are many incredible organisations and experts working on this issue who could have been interviewed and yet Sea Shepherd were shown over and over again.

Also it was surprising that there wasn’t more input or interviews with fisheries scientists who could have discussed the most up to date details and facts. Including more experts in this space may have helped decrease some of the many inaccuracies that have been mentioned!

It’s important to have a balanced perspective and to stay true to fact and this is where we were let down by Seaspiracy. However, as Prof Callum Roberts said:

“It’s not been made for its scientific rigour. It has used the techniques of film storytelling to make its case.”.

Prof Callum Roberts, Marine Conservationist at The University of Exeter

What can YOU do?

If you’re looking for some more resources check out:

That’s our overview, although a lot more could be said. We are interested to hear your thoughts. Join the conversation on our socials @oceanmimic