Ocean Mimic is a brand and charity united by one common vision — healthy, plastic-free oceans. Our love for the oceans is at the heart of everything we do.

Ocean Mimic was founded in 2018
Emma Sparrow and Chelsea Clements were working together for an eco conscious Dive Center, Orca Nation, on Rawa Island in Malaysia. The importance of environmental education was at the forefront of their mind and they saw first hand how diving had the power to inspire people.
This ethos paired with the devastating islands of trash washing onto the pristine beaches during a monsoon gave birth Ocean Mimic. A sustainable brand of swimwear inspired by the beautiful creatures we aim to protect.
The idea was born in Malaysia but grew when Emma moved to Bali. Here, Ocean Mimic started with beach cleanups that was built into a worldwide movement. Our products were also developed and manufactured to allow the community of ocean lovers around the world to help support the cause.
As of January 2020, Chelsea has moved on to the next chapter of her career and we wish her well as she spreads her wings. Ocean Mimic continues to grow with Emma at the helm, leading the movement towards a better tomorrow.
Previous
Next
What We do
Our family
Our Projects
What we do

In Bali, the waste issue is extensive and needs a multitude of approaches to solve the problem. We want to be part of a collaborative and creative local solution which is why we work with a variety of local partners.

We choose our projects based on how effectively they can raise awareness, educate and empower.

Emma is quite simply a girl with a love for the ocean. She has been diving since the age of 14, became a dive master at 18 and then an instructor at 24. She realized that while she didn’t want a career in diving she did want to educate people in a creative way to inspire them to protect our oceans.

A lot of her personality comes through in Ocean Mimic. She’s creative, passionate and a radical optimist. ‘It all starts with you’, is the motto of Ocean Mimic. Here’s what Emma has to say about it:

“I think that the world would be a very different place if everyone actually believed that they could make a difference. After all, that’s how Ocean Mimic began. I am no one special, I have no extraordinary skills, I just believed that I could do something to help and I put my heart into it.” 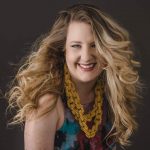 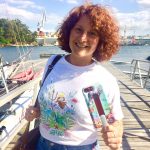 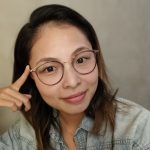 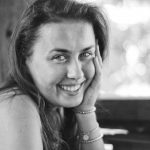 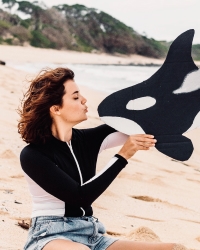 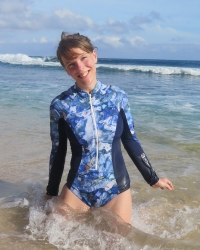 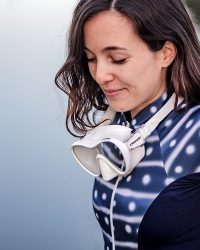 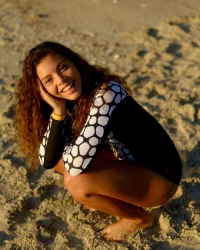 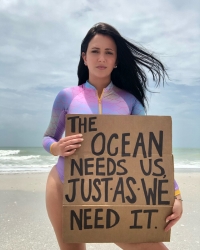 Link
Caitlin
Our Projects
We choose our projects based on how effectively they can raise awareness, educate and empower. In Bali, the waste issue is extensive and needs a multitude of approaches to solve the problem. We want to be part of a collaborative and creative local solution which is why we work with a variety of local partners.

This marked our first ever clean up on Berawa Beach. Since then we have held weekly clean ups. Check out this post to learn more about Bali’s waste crisis.

We celebrated the launch of our kickstarter with a catwalk to show off our suits and to have a night of fun with our community in Bali. 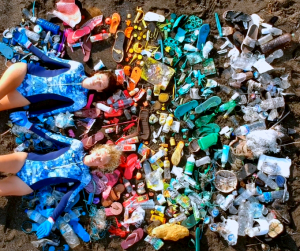 We cleaned the beach with St. Thomas Aquino school with 700 children over 3 days. 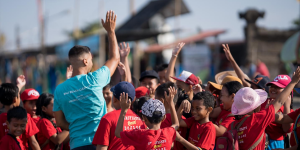 To celebrate World Oceans Day, we had 20 cleanups worldwide!

Our +1500 Ocean Mimic volunteers picked up 3,400 kilos from +20 different countries. Read all about it here.

If you want to for a habit, you have to be consistent. In preparation for the new year, we had 31 cleanups around Bali, one for every day of December!

We rolled up our sleeves and opened our New Recycle Center in Canggu, Bali.

To celebrate World Oceans Day in light of COVID-19, we had our first solo clean up.

Ready to save the ocean?

There are a hundred ways you can help out, here are four to start you off!

Donate to our cause

Shop at our store