There are some exceptions, but it’s important to note that shark fishing for domestic use is almost entirely legal in Indonesia. Many families rely on shark fishing as a key source of income and also a vital food source.

Sharks are one of the worlds most endangered species groups and protecting them is key for the health of ocean ecosystems.

However, conservation efforts are a fine balancing act. Whilst trying to protect sharks we also need to understand and protect vulnerable coastal communities that rely on sharks for meeting their basic needs.

“Sharks are effectively protected and sustainably managed in Indonesia, delivering ecological and socio-economic benefits to people and ecosystems”

In this blog we’re going to introduce you to some of the sharks you could see in Indonesia, talk about some of the threats they face and highlight a few great charities working in this space.

5 sharks you could be lucky enough to see in Indonesia:

These shy sharks seem to have a perpetual look of surprise on their faces, so cute! They use their very large tails to lure in and then stun their prey.

These distinctive sharks have evolved hammer-shaped heads to give them more agility and panoramic vision for hunting prey. They are also critically endangered.

Relatively recently discovered, they are endemic to Indonesia and they can walk! They use their fins to walk along the sea floor and also to move between rock pools. They can stay out of the water for nearly three hours if needed.

Named for the smooth, silky appearance of their skin. They are pelagic sharks, but are also found over deepwater reefs where their food source is abundant. Silky sharks are one of the most commonly caught sharks in Indonesia.

The largest fish in the sea, these gentle giants are on average 5.5-10m long. They are filter feeders, usually filtering plankton through their gills, as well as squid, krill and small fish.

Overfishing is the primary threat to sharks!

Sharks are particularly vulnerable to overfishing. Many species are slow to mature and give birth infrequently and in small numbers. For example, the big eye thresher gives birth to just 2-4 pups each year. This means their populations can’t recover very quickly from fishing pressure.

There are a variety of ways sharks are impacted by fishing in Indonesia:

Finning is the practice of cutting off shark fins at sea and discarding the carcass back in to the ocean. The global fin trade is a major issue, creating a strong economic incentive to catch sharks for their high value fins. It is important to say that not all sharks have valuable fins and that the practice of finning is actually quite rare in Indonesia. The fishers tend to use the whole animal, as different parts have different uses and values. For example:

This is when sharks are caught accidentally or as valuable secondary catch in non-targeted fisheries. It is usually linked to fishing for commercially important species like shrimp and tuna. Worldwide, around 50 million sharks are caught as bycatch each year, with the most troublesome fishing methods being longlines, trawls and gillnets. Change in fishing practices and technologies are needed to combat bycatch.

Indonesia also happens to be the world’s largest tuna fishing nation, accounting for around 16% of the world’s tuna. The use of more sustainable fishing practices and better regulation of commercial fishing vessels will be key to combatting bycatch and maintaining sustainable fisheries.

Several targeted shark fisheries exist in Indonesia. Tanjung Luar fish market in Lombok is one of the most well known, where 40+ sharks are brought in everyday, some of which are endangered species. It is a very shocking place to visit as a foreigner! However, many of the shark fishers have been catching sharks for their entire lives and have limited alternatives that are legal, sustainable and equally-profitable.

Laura Kazi one of our ambassadors based on the Gilis recently visited the market. After 7 years living in the Gilis she wanted to see this darker side of paradise for herself and here’s what she told us about the experience:

Visiting the market for the first time was shocking as I saw more than 100 sharks just being butchered! Even worse, I know that there are so many places like that around the world, some hidden in the middle of the ocean on so called “mother ships”.

I was surprised I wasn’t angry at the people doing it, the local fishermen, as they really have no other option. Still I was tempted to just shout and lecture them that what they are doing is extremely bad for their future and the future of their children. Shout that it’s not worth it! You have to stop yourself as a bule (white person) though and be respectful to their culture otherwise you can get yourself in big trouble. I found that very hard, all you can do is watch, suffer on the inside while all this awful spectacle happening in front of your own eyes.

Read more about her experience in the article she’s written for Perfect Diver Magazine.

All is not lost and there are lots of people working to improve the situation, even the fisherman want something different for their children’s futures:

“I don’t want them to follow my struggles as a fisher. I want them to become teachers or government officers.”

High dependence on marine resources in places like Tanjung Luar highlight the importance of locally tailored solutions, to ensure both sharks and humans can thrive. It is only when keeping both in mind that we will find workable solutions to save sharks. For example, WCS Indonesia has been working in Tanjung Luar since 2014, monitoring shark landings, learning about how the fishery fits into the local way of life and establishing trust with local people. The goal is to diversify and sustainably manage the fishery, to reduce overfishing and alleviate poverty. Viable alternatives to shark fishing are also needed to make this goal a reality.

Indonesia is already a global hotspot for shark dive tourism, which generates revenues of at least $22 million per year, but adopting eco-tourism isn’t an option for most fishing communities. Successful eco-tourism ventures require specialised skills, capital and resources, as well as infrastructure and transport links for tourists. As such, this isn’t an immediate viable alternative for many shark fishing communities, it requires the right support and training before local people can transition into any new sector.

Creative approaches are needed to generate value from healthy shark populations for coastal communities. To address this, Hollie Booth, a researcher at the University of Oxford, is looking at the role tourism could play in supporting shark conservation in Lombok (you can check out her research and even participate in the survey here).

A recently developed Ocean Eye app aims to channel funding from marine tourists directly to coastal communities. Payments are based on the number of animal sightings and provides a direct incentive for maintaining healthy populations of marine species. It is currently being trialled in Morotai, North Maluku. One to watch!!!

Misool eco-resort in Raja Ampat, has done a wonderful job at establishing a thriving marine protected area. Reef shark populations have bounced back, local communities are engaged and employed in working for the resort. They have also built up a fleet of local full-time rangers that patrol and protect the area. These efforts have resulted in over 25 times more sharks inside the marine reserve and a 250% increase in fish biomass. Fin-tastic work!!

Project Hiu is all about improving livelihoods above and below the surface. Hiu is Indonesian for shark and the initiative is all about providing alternative incomes for shark fishermen. They rightly believe that instead of seeing local shark fisherman as villains they are future heros. The project aims to give them an alternative income away from the dangers of spending weeks away from their families hunting sharks. Their film ‘BAJAK LAUT two weeks with the shark fishermen of Indonesia’ is truly eye-opening!!

Even more encouragingly we’re seeing projects being launched by young Indonesian conservationists. It’s a positive sign of growing interest and momentum within Indonesia to protect sharks and these young people will be the future of marine conservation in Indonesia! Just 2 examples of these amazing projects are Thresher Shark Indonesia and Elasmo Initiative Indonesia. Worth checking out and supporting local!!

Shark Guardian and Shark Allies are also working on a global level to protect sharks! Remember that $10 of every ltd edition shark suit sold will be donated to these 2 charities ($5 each). It’s only available until 13th November, so get in quick!

Written in collaboration with Hollie Booth (DPhil Student at the University of Oxford and Sharks and Rays Advisor for SE Asia Archipelago The Wildlife Conservation Society). 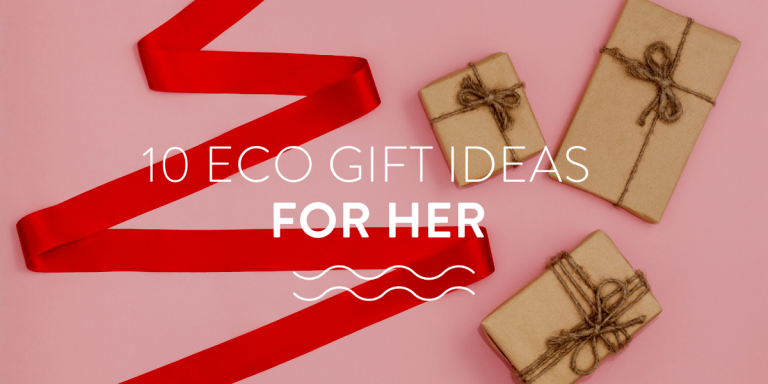 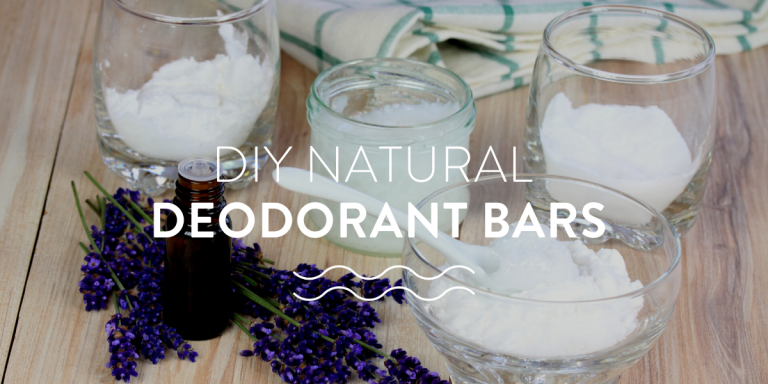 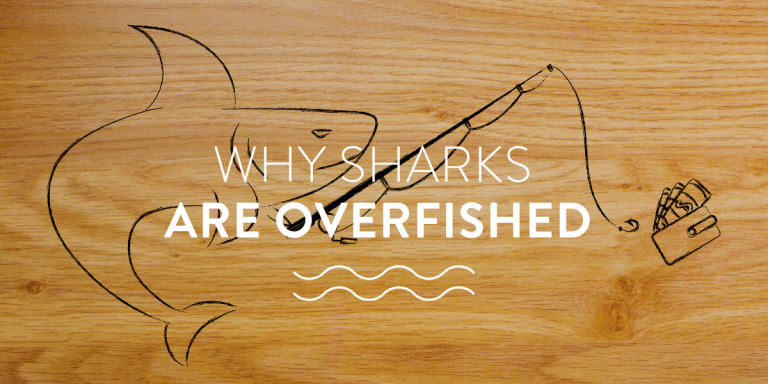 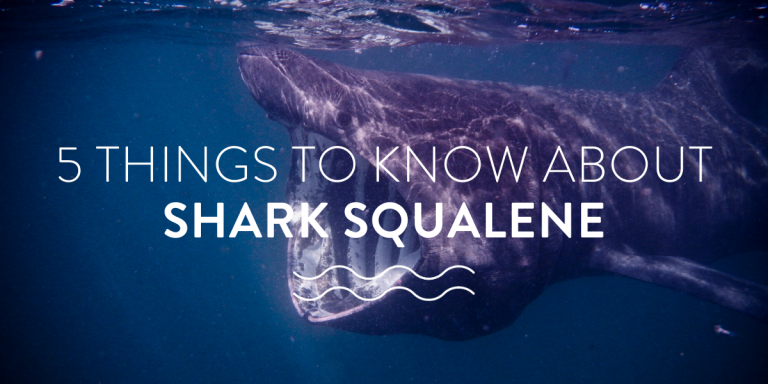 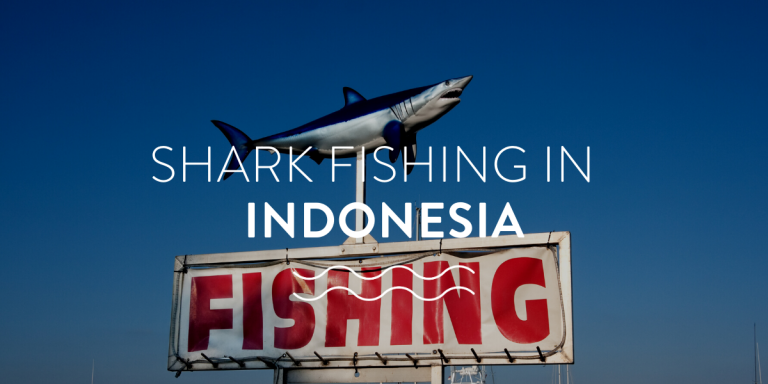 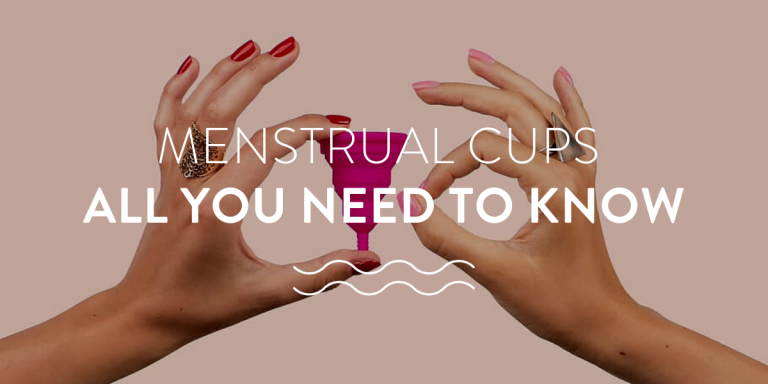